“Knowledge is Power”. This is an old but true saying – especially in the context of agriculture, animal production and food security, given that the world is threatened by climate change as the global population explodes past the seven billion mark. When Afrivet was formed in August 2000, we made the commitment – as part of our vision and mission – to "provide sound technical advice" to all our customers: veterinarians, farmers, emerging farmers, and companion animal owners, in order to ensure that our quality products are properly and efficiently used. For this reason, Afrivet employs and/or contracts no fewer than twelve veterinarians, and also numerous agricultural graduates.

In accumulating all the necessary knowledge and information to properly equip us to live our vision, we realised that we had to ensure that this valuable knowledge and information was saved for posterity. So often – in private industry and especially in government – when an individual leaves an organisation, continuity of personal and institutional knowledge is lost. This reality becomes even more concerning when I think back on our animal health industry and remember all the great names whom I consider to be experts in their fields. Where are all these people now? A few have been replaced by suitable peers, but most have disappeared from the scene. If I think of the field of parasitology, for example, I remember that during the 1980s and 1990s there were 15 respected experts available to consult in South Africa. But today there are only a handful!

Afrivet published its first book in 2006: Diseases and parasites of cattle, sheep and goats in Southern Africa. The huge success of this book, with more than 9 000 copies printed so far, has further encouraged us, and we have followed through with similar books on other sectors of animal husbandry:

In searching for modern and up-to-date material for these books, however, we came across research that had been undertaken for a number of years by Prof. Abdalla Latif and Arthur Spickett at the Onderstepoort Veterinary Institute (OVI). We felt strongly that the information should be made available to farmers, veterinarians and researchers alike – as a matter of urgency. Afrivet offered to do this and the Agricultural Research Council (ARC) agreed to partner in terms of publishing this and three other tick monographs. Research information that is locked up in the researcher's mind, or in a library, is of no use to us at all. It is only through knowledge transfer – Afrivet's passion – that knowledge actually becomes power.

This is the last of four publications which Afrivet is funding, in order to contribute to making research generated by the ARC-OVI available to the public.

The 4 monographs in the series will be: 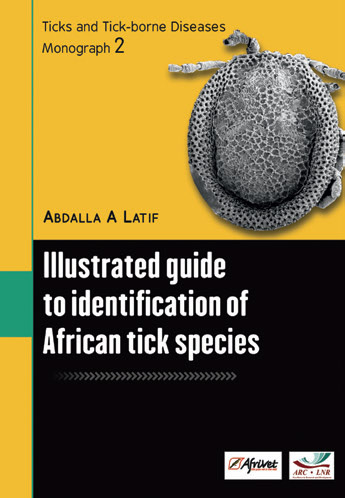 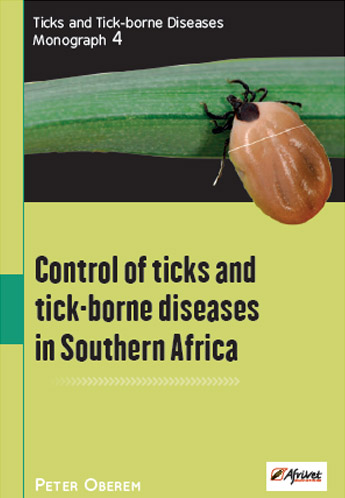