Botulism or ‘lamsiekte’ (literally, paralysis disease) in livestock is a non-febrile, highly fatal intoxication of cattle, sheep, goats, horses, mules, donkeys and, very rarely, pigs. It is characterized by partial or complete flaccid paralysis of the muscles of locomotion, mastication and deglutition. Botulism is an intoxication and not an infection, and in livestock it follows ingestion of decomposed organic matter, mostly of animal origin, such as carrion and putrid bones, but also of plant origin, containing toxin elaborated primarily by Clostridium botulinum type C or D, and more rarely type A or B. The toxin(s) are some of the most potent toxins known.69 Humans and other species of animals, such as dogs, mink, many species of domestic and wild birds (including turkeys, domestic fowls, water fowls, pheasants and ostriches), certain laboratory animals and fish species (e.g. salmonids) are also susceptible.105 Paradoxically, botulinum toxin, known as the most toxic natural product is currently being utilized increasingly in humans to treat a wide variety of cholinergic disorders varying from mild tics to severe forms of dystonia such as those found in advanced Parkinson’s disease.86, 95 It is expected that with genetic manipulation, the toxin may also be developed into an efficient carrier of oral medicines and vaccines.95

Botulism and its association with the ingestion of improperly preserved food has a long history in humans. The main sources of intoxication are meat and fish products, as well as non-acid vegetables such as beans, peas or beets. It was first described in humans in western Europe and Scandinavia104 by Kerner (1786–1862) and Van Ermengem (1851–1922). Kerner associated the occurrence of botulism, which was sometimes referred to as Kerner’s disease, with improperly prepared German sausages including ‘Schlackwurst, Leberwurst, Blutwurst’, and ‘Presskopf’. In 1912 Van Ermengem isolated the causative organism—a spore-forming, obligatory anaerobic bacterium — from spoiled meat and suggested that the bacterium be called Bacillus botulinus, the latter name being derived from ‘botulus’, the Latin word for sausage, and the disease became known as botulism. As the result of the work of Burke16 in 1919 and others, it was subsequently established that more than one type of the organism is responsible for the disease.

Seven toxin types of C. botulinum (designated from A to G) are currently recognized. Burke in 1919 was the first to recognize that different types of the organism exist, each with different toxins, and described C. botulinum types A and B.16 This was followed three years later by the discovery of C. botulinum type C from green fly larvae (Lucilia caesar), by Bengston in the USA while investigating a paralytic disease of chickens.5 During the same year Seddon in Australia found that a disease in cattle known as bulbar paralysis was caused by an organism which he called Bacillus parabotulinus. 92 Type C strains comprise two distinct subtypes designated C alpha (Bengston strain) and C beta (Seddon strain).44, 87 Type D was isolated by Du Toit and Robinson at the Onderstepoort Veterinary Institute in South Africa in 1928 from a cow that had died of a paralytic disease known in South Africa as ‘lamsiekte’.44 Bier isolated type E in 1936 and 1937 from outbreaks of botulism in humans in which fish was the source of the intoxication. Moller and Scheibel isolated and characterized type F from home-made liver paste associated with an outbreak of botulism in humans in 1960. In 1970 Gimenez and Cicarelli isolated type G from a soil sample, and it has since been associated with sudden deaths in humans in Argentina.107 This bacterium has recently been renamed C. argentinense.110

Botulism occurs in many countries of the world in situations where C. botulinum is present as a saprophyte in decaying organic material. The disease in cattle in South Africa was first recorded by Le Vaillant64 during the years 1780 to 1785 while he was travelling through the interior of the country. He considered it to be one of the four most destructive diseases of cattle in what is currently the Limpopo, Eastern and Western Cape provinces and, according to him, it appeared annually soon after the warm weather had set in and was particularly prevalent when grazing was poor and cattle showed a craving for bones.50 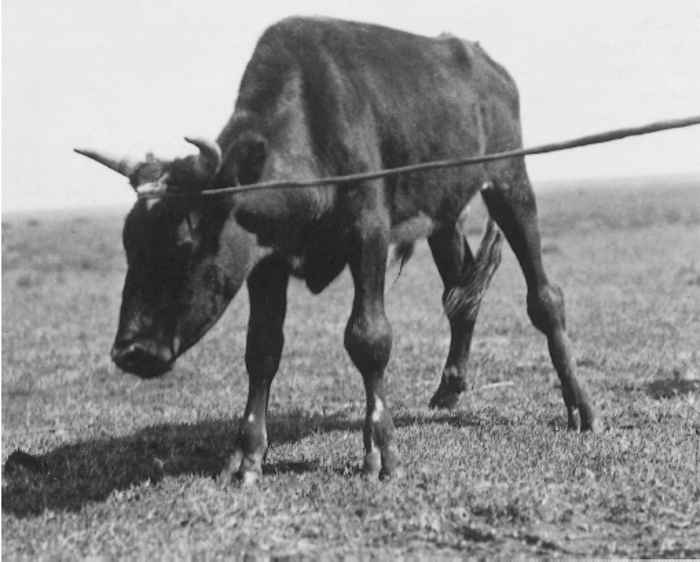 Figure 186.1 Poor condition and swollen carpal and tarsal joints of a bovine suffering from osteomalacia as a result of aphosphorosis

Both Commissioner De Mist in 1805 in his diary and Lichtenstein in 181271 recorded the occurrence of lamsiekte in several parts of the Cape Province. Hutcheon later encountered what he referred to as ‘Lam Ziekte’ in 1881 in the Bredasdorp and certain Kaffrarian districts. He commented on the higher prevalence of botulism in young, growing stock and lactating cows as compared to oxen and dry cows, and also that the prevalence of the disease was much higher when the vegetation was very low in feeding value than after good rains had fallen and the grass was lush. The prevalence of botulism usually decreased soon after the...